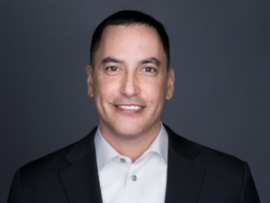 Lido founded Aminad Consulting following his passion to solve business problems, grow small businesses and positively impact people’s lives. He brings over 20 years of experience in Management Consulting, Supply Chain, Acquisition and Operations. In his role, Lido oversees Aminad’s strategic direction and growth as well as all operations and delivery activities. He ensures that the company’s culture is the basis of all critical decisions the firm makes, and never just words on paper.

Prior to establishing Aminad, Lido founded multiple successful small businesses and led the operations of several rapidly growing consulting firms. He co-founded Censeo Consulting Group in 2003 and served as President of the firm helping drive creation and development of an innovative firm culture stressing client value and employee satisfaction; this resulted in Censeo being named one of the top consulting firms in the United States from 2010 through 2013 (Vault.com), one of the Seven Small Jewels of Consulting (Consulting Magazine, 2008), and one of Wall Street Journal’s Top Small Businesses in America (2009). Most recently Lido served as Chief Operating Officer of Oceaneast Associates, tripling the firm’s revenue in four years, and leading all delivery-related operations. Lido has also served as Senior Director of Operations at Octo Consulting Group and Associate at Booz Allen Hamilton.

In his free time, Lido spends as much time as possible with his wife, mom, siblings and three wonderful nieces. Family is truly his passion. He also enjoys traveling, sporting events and raising funds and awareness for organizations that support causes near and dear to his heart such as the National Brain Tumor Society. 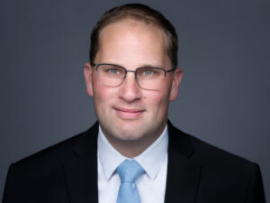 Prior to Aminad, Jonathan served in a variety of leadership roles at Censeo Consulting Group, a boutique DC-based firm focused on strategy and operations for mission-driven organizations. During his time at Censeo, Jonathan acted as Managing Director in charge of Censeo’s management consulting division.  Prior to that role Jonathan acted as practice lead for Censeo’s defense and national security work, sector lead for the firm’s higher education practice, and the head of Censeo’s human capital management portfolio. Jonathan has also served as Chief Operating Officer for the Elizabeth Dole Foundation, a DC-based non-profit that supports and empowers military and veteran caregivers. While COO, Jonathan oversaw HR, finance, procurement, IT and facilities, while leading overall foundation strategic planning efforts.

Jonathan lives in Bethesda his wife and two very energetic kids who keep him constantly on his toes. In his free time, he enjoys getting outside to hike or fish and trying to finish reading the stack of books that seems to be piling up. 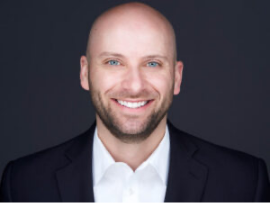 Kevin joined Aminad following a nearly 15-year career with the Department of the Navy, supporting both the Navy and Marine Corps. In his role as Principal, Kevin joined the Leadership Team focused on firm growth strategy, business development and providing subject matter expertise to our clients.

Prior to Aminad, Kevin held multiple leadership positions within the Marine Corps, most recently serving as the Deputy for Headquarters Marine Corps Installations and Logistics, Contracting where he was responsible for policy, oversight, and advocacy. Prior to that role, Kevin established the Marine Corps Installations Command Headquarters Contracting office and served as the Director of Contracting and Chief of the Contracting Office for over 5 years. In this role Kevin was responsible for contract execution, utilizing category management to deliver enterprise solutions and improve knowledge-based services contracting across the Marine Corps. Kevin has also served as a Contracting Officer with the Navy’s Military Sealift Command, chartering commercial ships to transport military cargo across the world’s oceans.

Kevin spends his free time with his wife and children, who are the true joys of his life. He is an avid golfer, loves to travel, and spend time with his family and friends 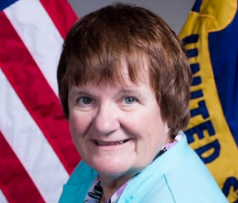 Karen joined Aminad following a 36-year career with the Department of the Navy focused on Supply Chain Management, Strategic Planning and Organizational development. In her role as Senior Strategist, Karen will be providing her deep expertise across Aminad’s Supply Chain engagements, as well as supporting growth strategy and strategic planning.

Prior to Aminad, Karen was a SES with the Naval Supply Systems command and most recently was the Vice Commander for NAVSUP Weapons System Support (WSS). The NAVSUP WSS mission is to “provide Navy, Marine Corps, Joint and Allied Forces program and supply support for the weapon systems that keep our Naval forces mission ready”. WSS is a 2,500 personnel strong activity with major sites in Mechanicsburg, PA, Philadelphia, PA and a contingent in Norfolk, VA. Prior to that, Karen was the business architect for the successful deployment of ERP for the Navy for Finance and Supply. Navy ERP replaced over 125 Legacy IT systems  and produced significant readiness improvements and inventory cost savings.

Karen and Donna live in Mechanicsburg, PA where they spoil their two dogs, enjoy golfing and everything outdoors. 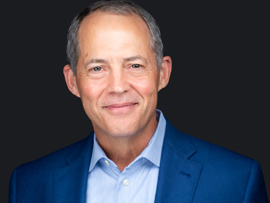 Lieutenant General Robert R. Ruark, USMC (Ret.) joined Aminad after nearly 4 years as the Chief Executive Officer of the Marine Corps Scholarship Foundation. This followed a 36 year career in the Marine Corps where he was in multiple command, staff, and joint positions, garnering experience working in the joint, multinational, coalition, and service environments.

As the Chief Executive Officer of the Marine Corps Scholarship Foundation, the nation’s oldest and largest provider of needs-based scholarships to military children, Bob oversaw significant growth of their client base, scholarship students, average award amounts, outreach, and endowment. His leadership team was the architect of the strategic plan, campaign plan, new revenue streams, considerable savings in operating expenses, and several transformational opportunities.

As a General Officer, Bob served as the Commanding General of the 1st Marine Logistics Group, Multi-National Forces West during combat operations in Iraq; as the Director of Logistics, J-4 for the US Central Command during Operations IRAQI FREEDOM/ENDURING FREEDOM, as the Director of Logistics, J-4, The Joint Staff, and as the Military Deputy to the Under Secretary of Defense for Personnel and Readiness.

Bob spends his free time with his wife Chris, a veteran Marine Officer and Navy Physician Assistant, and their two dogs in Northern Virginia. He enjoys golfing, taking care of their farm in Prince William County, and reading.