Aminad Consulting helped the Marine Corps dramatically improve the effectiveness of its organic repair operations. Through a rigorous, data-driven business case analysis, Aminad provided a level of visibility into on-the-ground operations and enterprise cost drivers that executive leadership had never before seen. Now nearly three years into a five-year implementation, the Marine Corps has already booked $11M in annual savings, with an additional $13M to be captured after implementation is complete.

In 2017, executive leadership at the Marine Corps Logistics Command (LOGCOM), which manages organic repair operations for the Marine Corps enterprise at Production Plant Albany and Production Plant Barstow, faced mounting challenges in the execution of material management functions in its repair depots. The Marine Corps had not shifted responsibility for executing material supply functions, such as forecasting and stock control, to the Defense Logistics Agency (DLA), as directed by BRAC 2005 legislation, and a then-recent GAO study found the Marine Corps out of compliance with BRAC 2005. The bill that LOGCOM paid to DLA for storage and distribution functions was expanding rapidly, rising from $9M to a projected $25M by FY20. The flow of material from wholesale storage, through local industrial retail operations, to the artisan was inefficient, with an excessive amount of touches required to get repair parts into the hands of the skilled tradespeople who performed repairs. A large volume of retail inventory was believed to be dormant, but there was no single source of truth to make decisions around divestment of inventory. 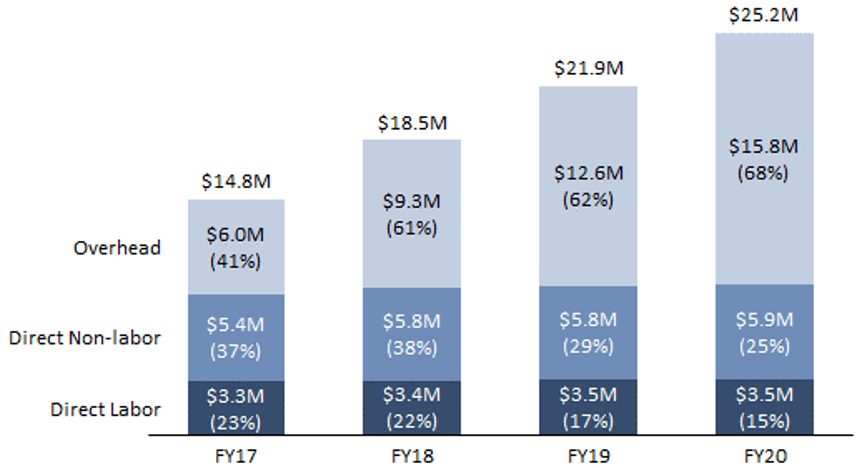 Figure 1.—The bill that LOGCOM paid to DLA for storage and distribution functions was expanding rapidly.

LOGCOM’s executive leadership needed to make key decisions on the future material management for its industrial repair operations. What should the Marine Corps strategy be for compliance with BRAC 2005? How would LOGCOM pay for the increasing cost of storage and distribution? How could the material management process become more efficient? What inventory could be disposed of without affecting depot production? In the past, LOGCOM had approached these decisions using institutional knowledge, opinion, and anecdote, but LOGCOM’s new Executive Director was not interested in subjectivity. He wanted to understand the numbers underlying his business to make data-informed decisions in the best interests of the Marine Corps.

Aminad helped LOGCOM answer these questions through a rigorous business case analysis that dramatically expanded the level of visibility that LOGCOM leadership had into on-the-ground operations and enterprise cost drivers. As an example, Aminad worked closely with LOGCOM financial leadership, as well as DLA J3 and DLA J6 to define the DLA’s cost structure for supply, storage, and distribution functions, including determining primary and secondary cost drivers for each function, so that LOGCOM could begin to control its rising DLA bill. As part of this process, Aminad helped LOGCOM provide evidence to DLA that storage and distribution charges were not aligned to LOGCOM’s actual workload requirement. In particular, DLA developed storage and distribution bills based on the number of FTEs working within retail warehouses that were co-located with Marine Corps repair depots. Over the three year period prior to Aminad’s BCA, DLA increased staffing levels modestly, even as depot workload and depot personnel declined. This insight, along with many others across Marine Corps depot operations, formed the basis of nine operational improvement areas, along with a recommendation to follow BRAC legislation and integrate LOGCOM’s supply function with DLA.

Aminad has continued to support the Marine Corps through a complex, 5-year implementation of the initial business case analysis. Implementation has been broad and far-reaching and has transformed how LOGCOM manages material in support of depot production. Aminad has helped LOGCOM rationalize inventory, improve repair bills of material, transform depot IT support, and optimize material management process, including standardizing processes across LOGCOM’s two production plants. Supply integration with DLA has also included human capital strategy and workforce planning, IT integration, financial modeling, and facilities planning.

Integrated program management and change management throughout all phases of work

Although more than two years of implementation activity remains, Aminad has already helped LOGCOM achieve tremendous results. Through the cost visibility that Aminad provided, LOGCOM has negotiated changes in how its storage and distribution bill is developed and booked an $11M reduction in annual storage and distribution charges. Aminad’s detailed inventory analysis led LOGCOM to dispose of nearly $75M of dormant inventory. As part of the disposal process, LOGCOM has captured millions of dollars in cash credits through DLA’s material returns program. Aminad has also helped LOGCOM improve material forecasting capabilities, implement modern IT systems, and increase the effectiveness of material management processes.

As implementation progresses, Aminad’s work with LOGCOM will continue to generate cost savings and other results. When the supply function is fully integrated with DLA, LOGCOM will capture an additional $13M in cost reductions. Nearly $90M of additional inventory disposal and capitalization is planned. The Marine Corps will be in full compliance with BRAC 2005 legislation, and LOGCOM’s depot operations will have taken a dramatic step forward in meeting Defense Department auditability requirements. Five years after implementation is complete, LOGCOM will have achieved an ROI of 11X.

Analyzing Marine Corps depot material management was the first business case analysis that LOGCOM’s new Executive Director conducted, and the first business case analysis that Aminad executed on behalf of LOGCOM. It has been a tremendous success and a proof of principle for the Executive Director’s belief that data and fact should guide complex, enterprise decision-making. Because of the success of this initial business case analysis, LOGCOM has continued to launch similar studies, in other areas of operations, with Aminad’s help and expertise. The goals are all similar: use data to make decisions, make positive change, and support the Marine Corps mission.